You know that October feeling.  November is around the corner. It’s your turn to put on the dreaded Thanksgiving Dinner and you’ve been afraid to open your refrigerator for weeks.  And, if you’re a writer and can’t help yourself, November 1st is the start of the dreaded National Write a Novel in a Month campaign, otherwise known as NaNoWriMo.  Both inspire a particular emotion: FEAR.

On the refrigerator front, I’m not just talking the occasional science experiment shoved to the back of the shelf, or The Madonna stalactite spanning three shelves in the freezer, call up People Magazine  and the Pope kind of fear. I’m talking can’t cram another thing in, night of the living dead, get out the fire hose, finding your grandmother’s upper teeth in a microwave-blistered piece of Tupperware, never want to go into the kitchen again of terror.

[Come on, peeps, you know who your are!]

Sort of like opening up that novel manuscript you wrote last November during NaNoWriMo.  Fifty thousand words in a month, no internal editor, no order, no throwing s#it out?   This refrigerator looks the cleaning day at Martha Stewart’s compared to the one I drafted.

I have a confession to make: I…sort of…like to clean out refrigerators. There’s something satisfying about throwing out old food, pulling out all the drawers to see what’s really, really there, shifting shelves, buying shiny new containers, and finding grandmother’s teeth. In fact, I had the pleasure to clean the refrigerator  for a friend last month as a special treat to help her recover from shoulder replacement surgery. (It’s a lot easier to throw out other people’s food than it is your own, by the way…hum, let’s see, maybe I can cut that mold off the cheese and use it in a quesadilla? Um, no.)

My last year’s Nano Novel, One of a Kind, inspired by the infamous Little Bastard of James Dean fame,  is almost complete. Yes, I did have to throw some s#it out, and use the fire hose.  But, damn, it’s a fun read and I’m proud of it and I can’t wait to share it.

You can catch a sneak peak over in the book tab under Coming Soon. 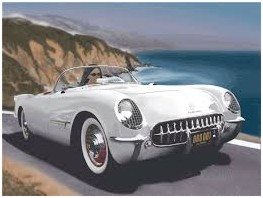 PS: I am taking reservations for refrigerator cleaning appointments.  All expenses paid, and bonus trip to Kauai in advance, please.

Luke slipped into his usual booth at Joe’s on downtown State Street, and removed his jacket. It was their booth. His and Gina’s, near the front where she could watch the people coming and going. The server, the regular for Tuesday night, eyed the empty space across from him and pulled a knowing frown.

“I’ll have whatever’s on special, Nadine,” he told her.

He really didn’t care what he ate. In fact, he wasn’t that hungry. Ever since he’d told Gina he didn’t have time for a relationship, he’d found himself alone with absolutely nothing but time. Sure there was the fundraiser for the DA campaign this Saturday night. He knew it was going to be her last term, and he’d promised to support her whenever possible. It wasn’t just for his probable appointment to Assistant DA if she succeeded. He’d served under Lyla King as a public defender. Cut his teeth as a prosecutor on her staff for the past five years.

His cell phone dinged in his pocket. It was the event planner at the Bacarra Resort. “Whatever you think is best, Jen,” he texted for the umtieith time. Once Gina had suggested her favorite place for the dinner venue, he thought including the services of an event planner would relieve him of further responsibility. Wrong. The woman called him ten times a day with questions. Each time a message came in, he felt a little pang of regret. Without Gina to bounce the ideas off of, he had lost interest in the project. Dinner was dinner, right? Gina would laugh and then give him the answer. Gina would…

At a movement near the booth, he looked up expecting his server. Instead, a shapely woman of about thirty cocked her head and posed at the end of his table. With an ivory face, shiny black hair grazing her shoulders and a sharp, sculptured nose, she could be mistaken for Michael Jackson’s ghost.

“Prosecutor Berlin?” she asked. Her lipsticked smile spread over a squarish chin with an unnaturally deep dimple in it. “I’m Fiona Blanchard, with The Bomb.”

Luke had no idea what The Bomb was, but he assumed he was about to find out. He stood and shook her outstretched hand.

“Oh, just a second,” she said, and jitterbugged his arm around her shoulder in a practiced move. She snuggled up under his chin and flashed a selfie before he knew what was happening. “Nothing like having a friend in the DA’s office.” She eyed the empty seat in the booth opposite him. “Mind if we talk a few minutes?”

“If this is about the campaign, you need to make an appointment with Lyla’s campaign assistant.”

“I thought that was you.”

He slipped his wallet out of his coat jacket and handed her a card.

“Cal Worthington?” If her face matched her tone, it should have crinkled her brow, but nothing moved. Luke had to look away. She pushed the card back across to his side of the table.

“No relation to the guy with the tigers on the car lot. But you really have to see him.” He pushed the card back.

Silver glitter-tipped nails on long fingers pushed the card aside. “Lucky for me, this isn’t about the campaign. Well, not specifically that is.”

Luke felt a sickly prickle in his stomach. Suddenly the thought of spaghetti with sausage and clams felt like a bad idea. He caught the eye of his server and gave her the cut throat hand signal. She nodded, and he turned his attention back to the woman sitting across from him. In Gina’s spot.

“So, Ms Blanchard. You have one minute to tell me what this is about because I’ve decided against dinner.”

“Feeling a little edgy tonight? Well, I guess that’s understandable,” she said, motioning to the same server. ”Your chance to be appointed Assistant DA up for grabs and all, and then your girlfriend walking out on you. How long had you two been together? Seven years? High School sweethearts, wasn’t it?”

Nadine arrived at the table, her expression prickling with attitude. ”Can I get you something?”

“I’ll have a Grey Goose martini, straight up, with a twist.”

The server tilted her head to Luke. He shook his head and she turned without another word.

Luke sipped a little too much water, the ice cubes bumped his upper lip, awkwardly drenching his nose. He wiped it with his napkin, and tossed it a little harder than he intended on the table. “You said this wasn’t about the campaign, and my relationships are none of your business. So I’ll just—”

“Oh, but your wrong. See, The Bomb is all about relationships. And you just made the short list in the running for Most Eligible Bachelor of Santa Barbara County.”

Jesus. Thank you Miss Gina for leaving me open to this. He grabbed his coat and slipped out of the booth. “Don’t do me any favors.”

She wagged a long finger at him like the red head in the Delta safety video. “You never know. This might just be the best thing that ever happened to you.”

“It’s not going to happen.”

Nadine served the martini with the bill. Luke dropped a twenty on top of it.

Blanchard took a long sip, leaving a red smear on the lip of the glass. “Ooooh,” she said, holding the glass up in a toast. She snapped another picture. “It already has.”

This form needs Javascript to display, which your browser doesn’t support. Sign up here instead